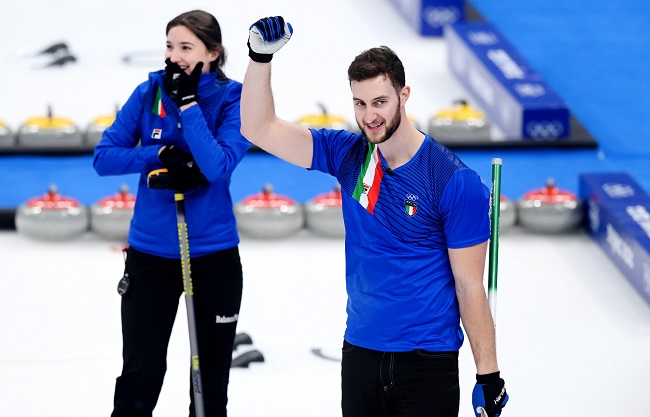 When it came to the mixed doubles event in the 2022 Olympics, Italy defeated Norway to claim gold.

Stefania Constantini and Amos Mosaner of Italy beat Kristin Skaslien and Magnus Nedregotten of Norway 8-5 on Tuesday at the Beijing National Aquatics Centre to win the gold medal in mixed doubles curling for the 2022 Winter Olympics.

In Every Aspect of the Tournament, the Italian Tandem was Unrivalled.

They went 9-0 in pool play (no other team fared better than 6-3) and then won both of their playoff games by 16-6 margins.

Almida de Val and Oskar Eriksson of Sweden beat Jennifer Dodds and Bruce Mouat of Great Britain in a match for the bronze medal earlier on Tuesday.

Norway got off to a great start in the championship game by scoring two points in the first end. It didn’t get another point until the fifth end, and even then it was on the power play, which ultimately didn’t matter because Italy’s superior shot-making had already won the game.

After being deadlocked with the Norwegians after the second end, Constantini and Mosaner took the lead for good by scoring four consecutive points without the hammer, highlighted by a three-point fourth end.

The Italians were clinical in the gold medal game, converting on 87% of their strokes and 94% of their draw shots. Norway finished with a final percentage of 69.

Italy didn’t even make it into the first mixed doubles event four years ago in Pyeongchang, so this is their first ever curling medal at the Winter Olympics.

Through 11 games, Constantini and Mosaner had a 41-point scoring advantage.

Skaslien and Nedregotten tied for Second with a plus-16 Point Differential.

Norway currently has five Olympic curling medals, while Sweden now has nine, second only to Canada’s eleven, thanks to the bronze they won in Pyeongchang.

The curling competitions for men and women are the current focal points. The men’s round robin begins on Wednesday, and the women’s on Thursday.

The Italian men’s team will have Mosaner as their third player. Unfortunately for the Italian women, they did not make the cut for the competition.