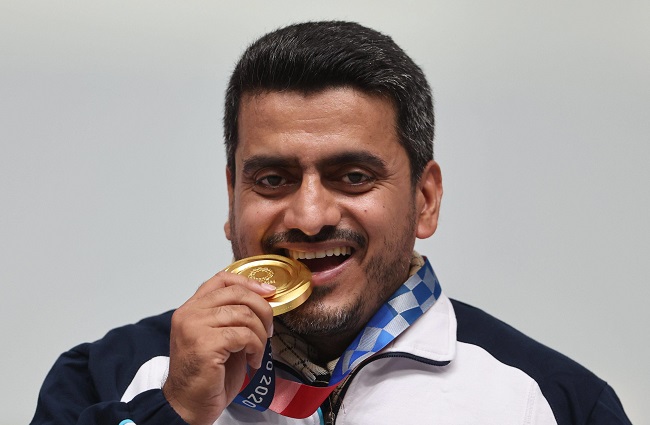 Jin Jong-oh, a Korean marksman, has criticised the International Olympic Committee for allowing a member of Iran’s Islamic Revolutionary Guard Corps to compete and win a gold medal in the 10-meter air pistol event. What a completely foolish and absurd idea.

The six-time Olympic medalist told the Korea Times that it was “absolute madness” to let Javad Foroughi compete in Tokyo because he was a member of an IRGC militia, which the United States has designated as a terrorist organisation.

After the execution of Iranian wrestler Navid Afkari for Protesting the Dictatorship,

United for Navid called on the IOC ethics panel to open an investigation immediately. A warning that the IOC would be “complicit in sponsoring terrorism and crimes against humanity” if it did nothing was also included.

We see the Olympic gold medal awarded to Iranian marksman Javad Foroughi as a disaster for the credibility of the International Olympic Committee and for Iranian sports more broadly.

Foroughi, now 41 years old, “is an active and longtime member of a terrorist organisation,” the group declared in a statement.

The Islamic Revolutionary Guard Corps (IRGC) has a history of violence and killing innocent people in Syria, Iraq, and Lebanon, as well as the Iranian people and demonstrators there. For its part, the United States government has labelled it a foreign terrorist organisation.

We demand an Urgent IOC Inquiry and the Withholding of Medals until the Results of such Investigation are Known.

Foroughi, now 41 years old, claims he served as a nurse in Syria between 2013 and 2015, and he saluted the military while standing on the podium.

After working as a nurse for a while, he decided to try his hand at pistol shooting in a hall underneath the hospital building, as he recalled in an interview before the Games.

After being shown the ropes, he shot a total of 10 times, scoring 85 out of a possible 100 after never having even seen a handgun before.

The Iranian newspaper Javan praised his efforts, writing, “An unexpected medal… obtained by a Guards nurse who is at the same time a defender of health and of the temple.”