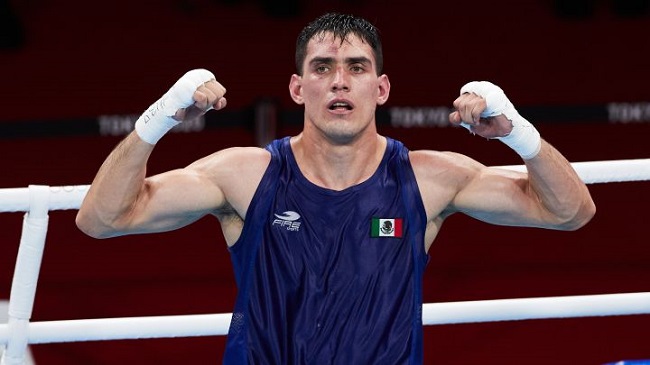 Olympic boxer Rogelio Romero of Chihuahua is already in Japan with the rest of the national team.

On Friday night, Romero left Mexico alongside other boxers Esmeralda Flacón and Briana Tamara Cruz. It’s all of the athletes competing in this field.

Coaches Octavio J. Robles and César Morales, together with delegate Abel Vargas Valencia, made the trip as well.

Due to the lack of a qualification competition and the allocation of spots based on global ranking, the delegation is quite modest.

Romero, who was born in Ciudad Juárez and competes in the 81 kilogramme division, was the only Mexican male to fare well in those rankings.

Seven days from now, on July 25, Romero will be thrust into action; until then, he will likely be sequestered. His first-round opponent is still unknown.

Rogelio plans to compete in the Olympics to try to earn the third boxing medal for the state of Chihuahua. Our state’s fighters, Cristian Bejarano in 2000 and Misael Rodrguez in 2016, both won bronze medals in this event in the most recent Olympic Games in Rio de Janeiro.

Héctor López, who won silver in Los Angeles in 1984, was the last Mexican boxer to make it to the finals of his division, and Ricardo Delgado won gold for Mexico in 1968.

Romero was joined at the Mexico City airport by his teammates boxers, as well as swimmers ngel Martnez and Gabriel Catao, and weightlifter Jonathan Muoz.

There will be certain activities, including softball, at the Tokyo Olympics before the official start date of July 23, which has been delayed by more than a year because to the Covid-19 outbreak. Sunday, August 8th is the last day.

Boxing as a Discipline