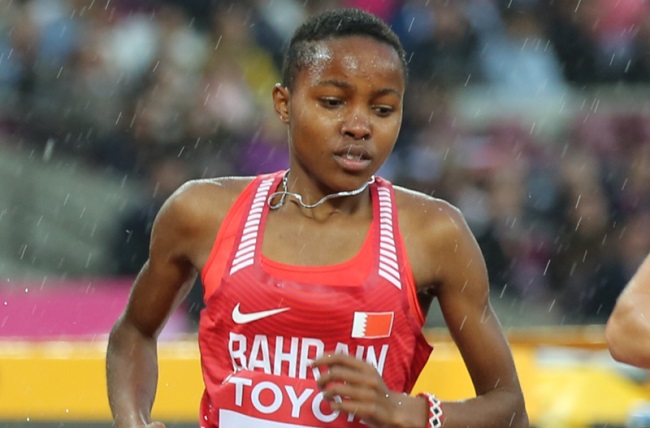 There have only been eight editions of the women’s 3000m steeplechase at the World Athletics Championships since 2005, but in Oregon, there is a good potential that a sixth country will join the list of gold medal winners.

Women’s steeplechase looks to be led by Bahrain’s Winfred Mutile Yavi and Kazakhstan’s Norah Jeruto, despite neither country having ever medaled in the event at the World Championships.

The two Athletes, both of Kenyan Descent, have been on Fire so far this Season.

They absolutely dominated their primary competitors at the Wanda Diamond League meeting in Eugene in May. Jeruto triumphed over Yavi, setting a new world record of 8 minutes, 57.97 seconds (8:58.71).

Prior to that, in Nairobi at a higher altitude, Jeruto had run a time of 9 minutes and 4.95 seconds. Although she was the world under-18 champion in 2011, the 26-year-old has yet to win a global medal at the senior level.

She was in the process of switching her nationality from Kenya to Kazakhstan during the 2016 Olympics in Tokyo, but she still managed to run a time of 8:53.65 in Eugene a few weeks later, putting her in third place on the world all-time list.

Hayward Field is a Venue that brings out her Greatest Qualities, but can she Replicate that Success when no Pacemakers are Present?

After placing eighth in the world final in 2017 and fourth in 2019, and tenth in the Olympic final in 2018, Yavi will be seeking for redemption and to win her first global medal this year. In Paris a few weeks ago, she won with a time of 8:56.55, which was really amazing and put her ahead of Jeruto in the world record books.

Sofia Assefa’s bronze medal in 2013 is Ethiopia’s best finish in the women’s steeplechase at these championships, but in Mekides Abebe, the 20-year-old who was fourth in the Olympic final last year, they have an athlete capable of bettering that. She ran a 9:03.26 to get third behind Jeruto and Yavi in May’s Eugene competition.

Behind her was a competitor named Peruth Chemutai, who has proven she can perform under the intense pressure of a major tournament.

Dorcus Inzikuru won gold for Uganda at the first World Championships in 2005, but the country hasn’t medaled in the event since. Chemutai, though, appears to be the man who may change that.

The 23-year-old ran a personal best of 9 minutes, 1.45 seconds to earn Olympic gold at last year’s Tokyo Games, and she also ran a 9 minute, 5.54 second personal best in Eugene earlier this year to place fourth overall.

While Almayew, at just 17, was a late call-up to the national squad, Getachew, at only 22, won the African title last month and finished seventh in Eugene in May in a personal best of 9:07.81. Earlier this month in Paris, she ran a personal best time of 9 minutes and 9.19 seconds to place second to Yavi.