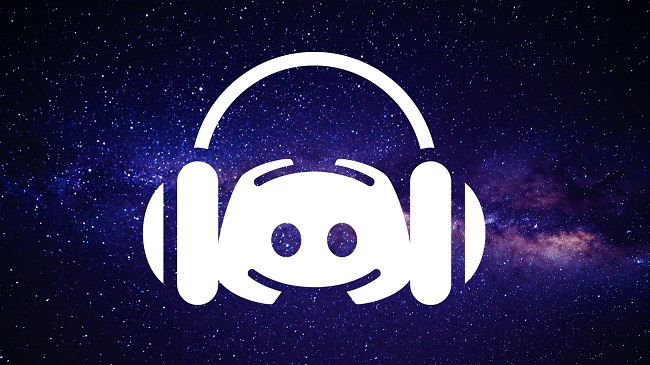 If you’re a gamer, you’ve probably heard of Discord. But what if you have no idea what it is? For your information, it is a website or software that allows gamers to communicate with their teammates.

Discord has now added another fascinating feature: Music Bots. This Music Bots feature will allow users to talk while listening to Music or tunes. Chatting with other players will be more enjoyable thanks to the Discord Music Bots.

There are so many Music Bots to choose from that it can be difficult. If you’re in a similar circumstance or are new to Music Bots, this will come in handy. This post will provide you with a list of the top ten Discord Music Bots to utilise in the year 2022.

Here are the top 10 Discord Music Bots that you can quickly install on your server to enjoy Music while chatting. In 2022, give them a shot.

Fredboat is the first Bot on this list of the top Discord Music Bots. I put it first since there are too many features to use. This will provide you with an incredible experience of listening to high-quality Music without being disturbed.

It is special in that it supports a variety of websites. As a result, you can listen to Music from a variety of sources, including YouTube, Soundcloud, direct connections, Twitch, Bandcamp, and others.

It offers a number of capabilities, one of which is the ability to play Music continuously without having to set songs. It also has a playlist feature that allows you to quickly add and remove your favourite Music for listening.

You may also use the search function to find your tunes. It’s an incredible Bot and my favourite Discord Music Bot.

ChillBot will make your weekends more enjoyable. This is the greatest alternative for individuals who want to relax while listening to Lo-Fi Music.

People nowadays choose Lo-Fi Music for listening to while working or studying. This is a live streaming site where you may listen to live lo-fi Music and have fun.

ChillBot is a type of radio station that broadcasts live Music. As a result, you won’t be able to change Music or create your own playlist. You can, however, play and pause the tracks. So, to unwind, listen to live Music.

Octave is the next entry on this list, and it offers high-quality Music. This Music Bot’s UI is basic and straightforward to use. It can be accessed through your Discord server.

It comes with a number of features that make listening to Music enjoyable. You can play/pause, create a playlist of your favourite Music, and even search for songs on this platform.

Spotify support is built-in to this Music Bot, allowing you to access your Spotify playlists. You may stream Spotify on your server thanks to the built-in support.

The server members can vote on songs, which is an intriguing feature that you will only find on this Music Bot. The most despised song will be skipped as a consequence of the voting.

ErisBot is another Discord Music Bot that offers some unique capabilities not found in other Music Bots. You can write your prefix commands here. It has a simple and straightforward user interface.

Although it has a lot of cool features, it often fails to scan YouTube or other links and instead of playing Music, it plays video. This is a really frustrating situation that you must endure. ErisBot is an excellent Discord Music Bot for listening to Music or tunes.

Tony Bamanaboni XD Music Bot has all of the things or qualities that a Music lover would want in a Music Bot. This Discord Music Bot’s name is a little difficult to pronounce. But don’t worry, it’s not that difficult to get to.

It features a very straightforward UI that anyone can utilise. Why is it different from other Discord Music Bots, despite having a simple interface? Because it features audio filters that can adjust the pitch, tempo, and bass boost of the Music.

You can use this page to search for Music, create playlists, add songs to a queue, and much more. It also supports the majority of Music sources, including Soundcloud, Bandcamp, YouTube, and others.

The reason for this is that it provides consumers with high-quality Music and Hi-Fi Music options. It will be the best Discord Music Bot for Music lovers, with additional features such as GIFs. If you want to listen to Hi-Fi Music on your server, you should definitely try it out.

For Music fans, BMO is a unique and useful Discord Music Bot. If you’ve lately developed an interest in Music and want to learn more about it, the BMO Music Bot is for you. It enables you to make a playlist, play/pause songs, queue them, and much more.

The tracks are played in great quality with no degradation. However, this Music Bot’s interface is rather standard for beginning users. It will be simple to access if you are familiar with BMO.

Otherwise, you will become trapped. As a result, first learn it well before applying it.

Vexera has a basic user interface with a lot of useful functions. These characteristics include continuous Music playback, no lag, and simple search.

Using this Discord Music Bot on your server becomes more engaging as a result of these features. It works with YouTube, so you’ll never miss a new Music. Vexera’s chat feature is another fascinating and appealing feature for consumers.

MEE6 is a type of Music Bot that makes its amazing features available for free. Some users who are unsure about using this Music Bot will need to subscribe. It is not true that you may use this Music Bot for free to play Music. You may also adjust the volume of your Music. So, since it’s free, give it a shot.

I believe you are unaware that a Music Bot may also be used to make server updates. But now you know which Bot you can use to accomplish this.

So far, ProBot is the only Discord Music Bot that offers this service. The majority of the features are similar to those seen in other Music Bots. Despite being the last Bot on this list of the top ten Discord Music Bots, it is just as significant as the others.

All of the above Discord Music Bot are useful and simple to use on your Discord servers. Some of them are free to use, while others may only be accessed after purchasing a membership plan.

So give any of them a try to listen to Music of your choosing. Remember to tell us about your experience and which one you prefer in the comments section.