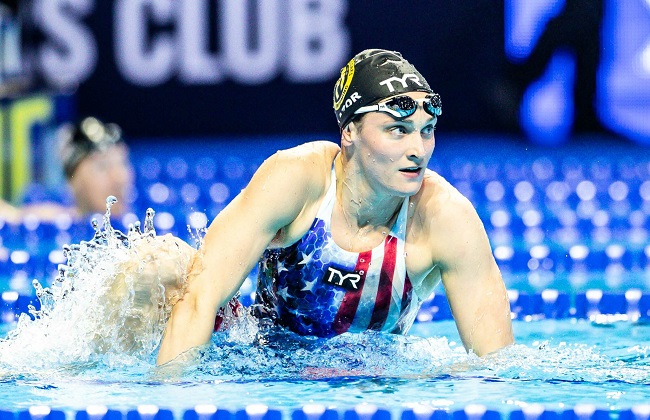 Annie Lazor, a swimmer for Auburn, wins a bronze medal in the 200 breaststroke at the Olympic Games in Tokyo.

For Auburn’s female athletes, the first day of the Tokyo 2020 Olympics was unforgettable. Former swimmer Annie Lazor claimed a bronze medal for Team USA in the women’s 200 breaststroke on Friday morning, just a day after gymnast Sunisa Lee won gold in the all-around competition.

Coventry has more medals than anyone else in school history with seven, while Hoelzer has more than anybody else with two silvers and a bronze from the 2008 Olympics.

Luis Martinez swam brilliantly in both of the semi-finals for the men’s 100 butterfly, finishing in eighth place overall and earning a spot in the final. Martinez ran a 51.29 to win the heat and a 51.30 to finish second in the semi-finals, both of which were national records for Guatemala.

Martinez, an Olympic swimmer in Rio in 2016, will compete in the 100 fly final in Tokyo on a Saturday morning. This Friday night at 8:30 p.m. CT, tune in to NBC to watch the race live.

Santiago Grassi, a former colleague and training buddy of my, won his heat in the men’s 100 butterfly for Argentina. With a timing of 52.07, he placed 24th overall. On Friday, he plans to swim the 50 freestyle again.

She Competed in the Olympics, Where.

Her Time Competing at the World Championships:

Some Information About Her Private Life

She is the Lazors’ daughter, and her parents are Stacey and David.

Having two brothers and a sister, Devin and Nathan,…

Watching Netflix while sipping coffee and resting are favourite pastimes.